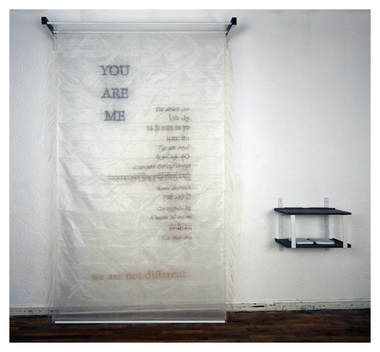 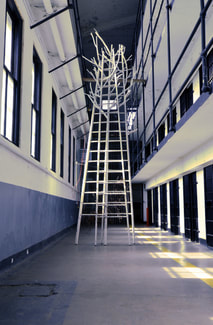 Site-specific installation at the Old Deer Lodge Prison, Montana
On exhibit April 2015 - April 2016
The work is built from wood and is situated in the old cell block where the first
hostages were taken, after overthrowing the tower guard during the prison
riots in 1959. 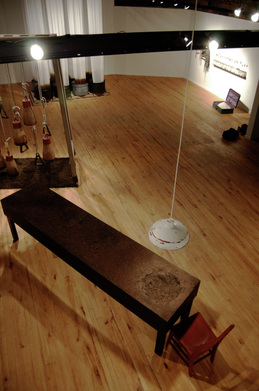 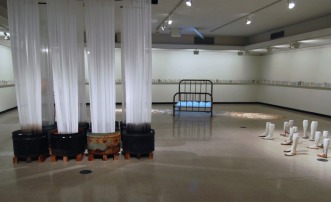 This body of work concentrates on water in its transformative properties of evaporation, distillation and erosion, while alluding to an idea that human activity accelerates these processes. Castings of salt and unfired terra cotta are candid representations of distillation and erosion, while their vessel forms implicate the human collection of water, linking the actions to the transformations. As the hundreds of cups bordering the exhibit reference human consumption, the interior residue, displaced through the process of evaporation, speaks of time and loss. Similar issues of time and loss are addressed from another angle in “The Irony of Remedy.” Here, the machine, idealized as more efficient at task and time, hastens the demise of pristine flowing fabrics in a repetitious effort of cleansing, as it has no connection to its task or purpose. This lack of connection is symbolically significant to the larger picture, and is revisited with a grouping of cast iron feet. Giving in to rust at their bases, the human presence inherent to the feet touches on strength, fragility, growth, journeys, and ones literal and direct connection to the earth. -click on image- 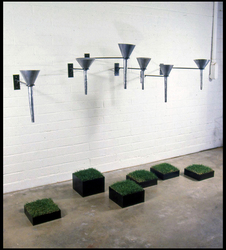 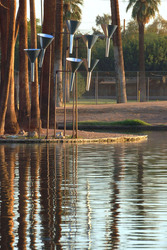 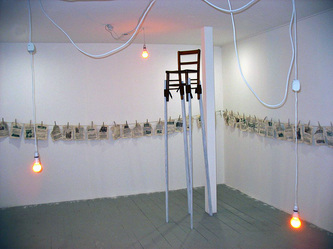 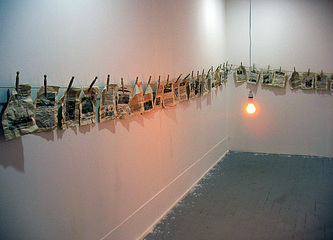